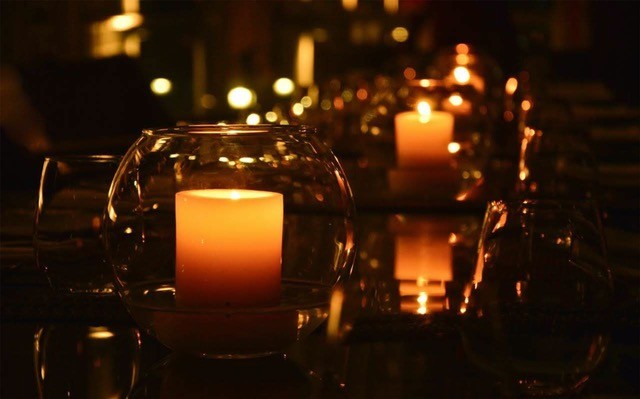 Honouring passed loved ones in your ceremony
So, your couple has asked you to incorporate something special in their ceremony to honour a deceased friend or family member………do you have a ceremony that will fit the bill?  Celebrant and regular blogger, Susie Roberts from Grafton, NSW shows ...
Read More 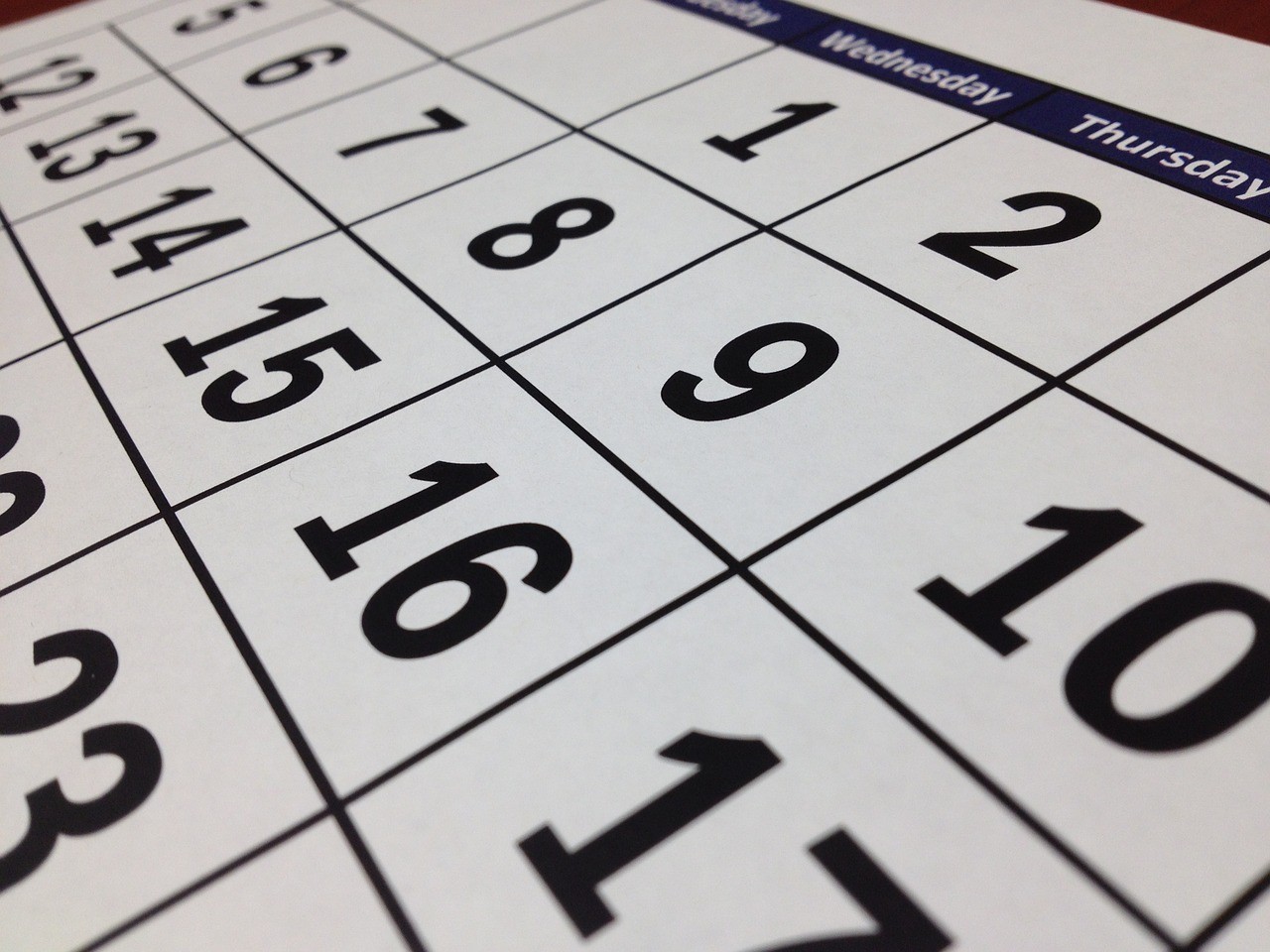 Shortening the one month notice period
When you get married in Australia the law is that you must give notice in writing by way of lodging a Notice of Intended Marriage (NOIM) form with your celebrant/registry office/clergy at least one (1) month prior to your ceremony date.  You can...
Read More

We Need to Talk About Relationship Counselling
When you meet with your celebrant before your marriage ceremony, they will hand you a brochure called "Happily Ever Before and After" which gives you information about what happens after you're married and also includes information about relationship...
Read More

1. This is a Draft ONLY - however the wording has been specifically chosen to ensure this covers the brochures use by ALL marriage celebrants, whether religious or non-religious, whether State or Commonwealth appointed.

2. It is planned that this document be available in triplicate so that 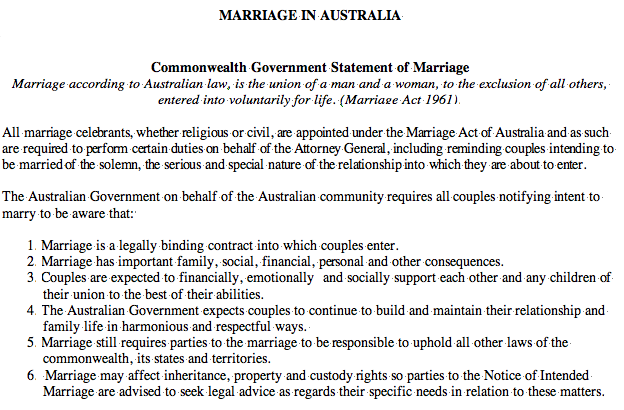 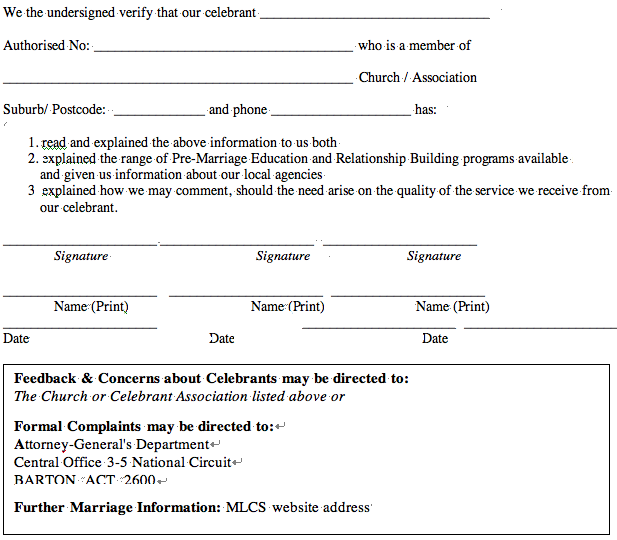 4. At present, only Commonwealth, predominantly civil celebrants are required to abide by a Code of Practice and to provide Complaints Information.

The TCN Inc position is that the current discriminatory aspects of the Marriage Act need to be changed to ensure civil and religious marriage celebrants be treated with the same respect and be required to perform the same basic functions to ensure the validity of marriage.

The current Act appears to assume that religious marriage celebrants will all do the "right" thing and civil will not. Thus extra mandatory requirements are imposed upon Commonwealth celebrants, predominantly the independent civil celebrants, that are not applied to the State appointed, predominantly Recognised religious celebrants.

This recommendation seeks to address in part that discrimination.

Last modified on Saturday, 28 January 2017 00:11
Tweet
More in this category: « Appendix 5: Comparison of Notice Periods Appendix 7: Example of Requirements of Proof of Identity »