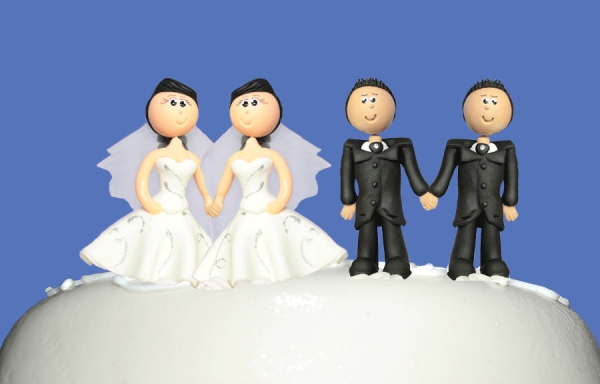 To understand some of the controversy associated with 'civil unions' and Marriage Equality,  it may be helpful to first examine some concepts and attitudes surrounding 'marriage'.

For a society or a culture to survive, it needs to maintain and replicate itself within a structured framework.

This has achieved by a unit of society called a "family". Marriage was traditionally the name of the bonding arrangement whereby a "breeding pair or group" was granted status by their community, to contain their sexual drives, to have children and thereby to establish a family.

Therefore marriage, as a social custom for these purposes, required the parties be of the opposite sex.

Note: Until very recent times (last couple of centuries) where women were allowed to vote, own property, have access to their own money and be to abe to earn their own income, marriage was largely about the property, wealth and sexual rights of men.

These other aspects are not necessarily obvious from the definition of marriage itself, but from a number of other inter-related laws and practices.

For example the Australian Marriage Act 1961 does not mention children (associated custody, kinship  or inheritance rights) in its definition of marriage.

Marriage according to Australian law, is defined as "the union of a man and a woman, to the exclusion of all others, voluntarily entered into for life".
Australian Marriage Act 1961

For many countries, especially Western countires, the following aspects contained in this Australian definition apply, though there are exceptions.

These expectations of rights and responsibilities of marriage can be deduced from the way in which income support and/ or maintenance,  custody and inheritance rights and property assets are distributed upon divorce or death to either/ or both of the parties to the marriage.

Thus concepts and definitions that focus on marriage being the only relationship that society deems as the one defining a biological breeding pair, would exclude same sex relationships.

However now there are many countries where:

Therefore concepts that remove the need to be a "breeding pair" can focus marriage as a lifelong relationship freely entered between two adults for mutual support and consenting adult sexual behaviour would not exclude same sex relationships. Read more