Without a vision, the people perish 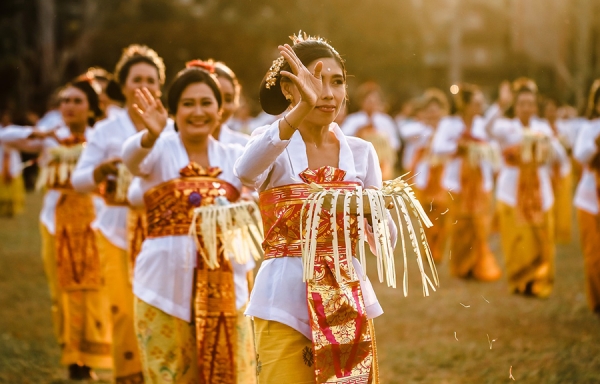 Pioneer celebrant Dally Messenger wrote to AG’s MLCS with regard to the latest AGD Survey - urging them to consider the power of ceremony., and copied all celebrant associations into that  correspondence

Without a vision, the people perish.

In the last few years I have been looking at your Agendas and Minutes and find myself with a growing feeling of despair. I cannot detect the vision any more.

Let me explain. There are two groups in Australia who are good examples of those who understand deeply what the word “culture” means - the Aboriginal people and the Jewish community. Their lives are full of ceremonies and rituals all year round and all life through. They know who they are, and to whom they belong, because their values and beliefs are enshrined in these events.

When I was young, Christian church attendance dominated the lives of most people. The church and Christian organisations (e.g Boy Scout/Girl Guides, the YMCA, YWCA, YCW, CYO) dominated most Australian lives. The rich rituals and ceremonies of the Christian communities expressed, transmitted and reinforced values (most of them really good and still are), recognised achievements, and communicated self worth. How proud I was as a cub when I was awarded my badge for tying knots, putting up a tent and swimming 50 yards!).

In addition to values, self belief and self worth, I gained a sense of identity (I was a cub, I was catholic, I was an Australian, I was a Messenger). And there’s more ---- the Christian religion was full of stories, literature, songs, unbelievably beautiful music, choreography, symbolism, architecture, sculpture (pseudo sculpture!) and  paintings. The whole range of the visual and performing arts were communicated through the churches and their offshoots.

But then, for reasons I won’t go into here, the churches started to take nose dives.. Church attendance dropped dramatically.

It was the renowned philosopher / businessman / philanthropist, Gordon Barton, who declared publicly that the biggest challenge facing the western world, in the Australian context, was to create a believable culture to replace the Christian churches. I think he said “filling the cultural vacuum”.

To over-explain. In Barton’s insight, the growing body of secular people needed a culture. They needed ceremonies, rituals, traditions, ceremonial constructs to acknowledge achievement, to engender identity, to establish values, to express the arts.

This has happened to a certain extent, but to my mind the greatest contribution to our secular culture came from our statesman founder, Lionel Murphy. He used his position as Attorney-General in the Whitlam government to enrich Australian society. He considered the establishment of civil celebrants one of his greatest achievements, if not his greatest achievement. He saw it as a reform that permeated the whole society, which he believed would do substantial and lasting good.

He saw celebrant ceremonies as the base of a rich culture for secular people; a culture that was honest, authentic, flexible, creative, and enriching.  He saw a complex of ceremonies in our society as touching and improving almost every individual, deepening their “spiritual” life.

Legalities were important - and Murphy could easily claim to be our greatest law reformer. But to him, when it came to celebrants, it was the human person who was paramount. He was well aware that happiness depends on how we think about ourselves, how we perceive others think of us, and what we think of of them. The values were psychological, societal, communal, familial, “spiritual”. Ceremonies, which humans have evolved to communicate in the most serious way we can, can achieve these ideals in many different ways and  circumstances. The better the ceremony, the more it achieves its aim.

This was his vision.

So I ask, where is the concern and support for current celebrants to learn to create the full range of meaningful substantive ceremonies?

Last modified on Friday, 11 October 2019 18:58
Tweet
More in this category: « The benefits of belonging to an incorporated association Marriage celebrants program review survey »