Have you done a Google search on Child Marriage Statisitcs?

The results are very confronting:  From UNICEF:

Child marriage, defined as a formal marriage or informal union before age 18, is a reality for both boys and girls, although girls are disproportionately the most affected. Child marriage is widespread and can lead to a lifetime of disadvantage and deprivation.

UNICEF data released in 2014 show that, while prevalence has decreased slightly over the past three decades, rates of progress need to be scaled up dramatically, simply to offset population growth in the countries where the practices are most common.

Worldwide, more than 700 million women alive today were married as children. More than 1 in 3 – or some 250 million – were married before 15. 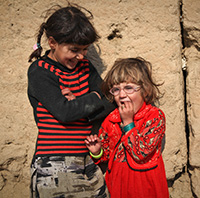 A click on the map above would seem to reassure Australian's that this is not an issue to concern us.

But is that really so?

Increasing there are stories in the press about child and forced marriage happening in Australia:


How could a 13 year old girl living in Australia believe she could be legally married to a 25 year old man, when she could not?

This is a problem of civil law in the Australian Marriage Act, not of a specific religion. There are a wide range of religions and religious groups excepted under civil law from using all the same basic requirements that civil ceremonies and celebrants must use.

The Australian Marriage Act has the legal inconsistencies that allow child marriage or forced marriage to remain hidden.

In Australia, the Marriage Act 1961 requires

Same basic rules do not apply to all wedding ceremonies and all celebrants.

For example, not all religious wedding ceremonies require

Public education about marriage in Australia would be easier if the same rules applied, so the couple, the witnesses and guests to a marriage would all be clear as the legal nature of the wedding ceremony being conducted.

Marriage started as a civil/ secular relationship in western culture, and continues to be so under our laws.


Whilst Child and Forced Marriage is complex issue, one basic strategy in conjunction with others, is:

Asking all marriage celebrants to adhere to some basic rules in all wedding ceremonies, whether civil or religious, is not too big an ask to minimise the risk of child and forced marriage in Australia
Last modified on Friday, 13 November 2015 11:45
Tweet
More in this category: « Section 47 - exempts religious celebrants Section 113 Second marriage ceremonies »