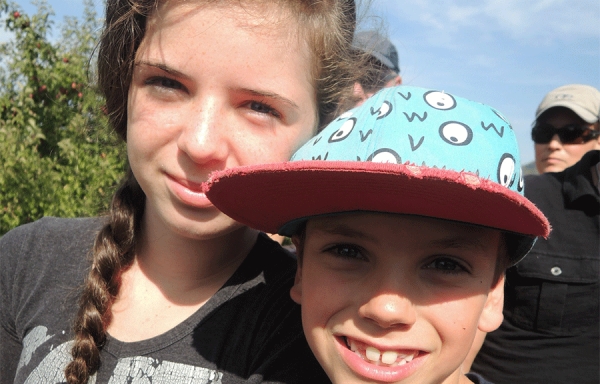 Until recent times in western cultures, adolescence – a time between childhood and adulthood - did not exist.

Children at a puberty were simply considered adults. Their ability to reproduce was the sign that they were now ready to take on adult responsibilities

In western cultures, there can now be 6 or 7 years from puberty to the age where a boy or girl is considered legally an adult. In many cases, there may be a further 5, 10 or 15 years before marriage, the legal institution considered the appropriate framework within which to have and raise children.

This “in-between” time has particular challenges for young people, who maybe biologically ripe for parenthood, but considered too immature for the status of adulthood.

Being a relatively ‘new’ phenomenon, it also brings challenges to parents and society generally. The latter are often unsure of what guidelines and boundaries to maintain to support young people through time time.

In Australia, it is a period of high suicide rates, of alcohol and other drug related problems, of unwanted sex and pregnancies and increased risk of depressive and other mental illness.

Increasingly celebrants and others consider that our society needs to develop a rite of passage that
Ceremonies usually involve music, singing, story-telling, poetry, prose and could also involve dance, processions and the use of symbols such as lighting candles or using Dreams & Treasure boxes.

Whether celebrants are hired to facilitate or initiate such ceremonies themselves, there is a lot of work to be done in developing such ceremonies in the Australian context.

The role of a celebrant would be to


Ceremonies are usually followed by some food and drink, again appropriate to the situation. Depending on where such an event is held, such a meal could be a picnic, an BYO luncheon or afternoon tea in a community hall or catered for by an appropriate restaurant or function centre.

Being newer ceremonies finding a celebrant to use may take a little time. Please contact us if you need assistance locating such a celebrant.

That's why we say: