As Long As It Takes 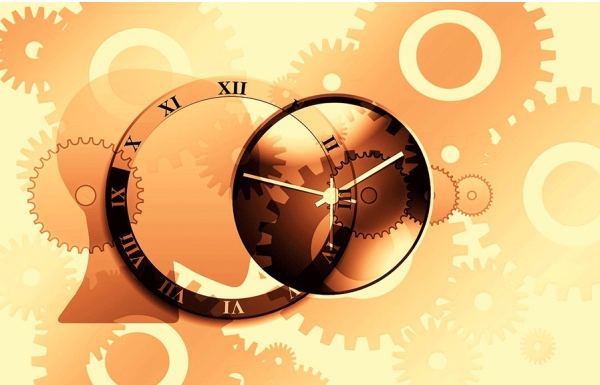 Written for the National Day of Mourning - a day to honour all those lives lost and maimed by the 2012 Victorian Bushfires?

The sacred acts of performing memorial rituals precede written history. Events such as today's national day of mourning and memorial service inevitably follow public tragedy and often represent our earliest attempts to articulate our feelings and begin the process of psychological reconstruction in the wake of loss. Done well, they mark important transitions, allow us to remember, express our collective grief and build a sense of community.

At their best, they provide a receptacle in which to hold that grief and a promise by society to continue to care for those affected.

Effective grief rituals help us reaffirm our relationship to that which we have lost and understand our new identity.

Ritual permits meaningful action at a chaotic time; it allows people to "do something" and overcomes feelings of powerlessness. Engaging in ritual offers collective reassurance that, while we cannot control the tragedy itself, we have reasserted control in its aftermath. Memorials also legitimise physical and emotional expressions of grief.

They offer an opportunity for different strands of a community, potentially fragmented by crisis, to stand together and publicly demonstrate their fundamental unity. They also demonstrate solidarity with the victims and those who have responded to the tragedy.Public ritual structures public grief. Memorial services and rituals offer cues as to what we are supposed to feel and models how we are to mourn.

Public ritual reconstructs the narrative, interpreting tragic death and loss in a philosophical, spiritual and historical framework. But such events are not about "closure". In marked contrast to the view held in the 1940s that grief can be resolved in four to six weeks, most clinicians now recognise that grief will always be present, that "you don't get over it" and that "time does not heal all wounds".

But pain does lessen: waves of grief wash over us less often, with diminished intensity, and eventually lose their pervasive gut-wrenching quality. We are forever changed by loss and must learn to live without all the answers, appreciate the limits of our control and acknowledge the fragility of life. ?

Antiquated models of grief from the late-1960s suggested that "acceptance" of loss is the final stage, marking an end to grieving. This idea of closure is seductive.

Closure is supposed to be a finalisation, an opportunity to neatly tie up the loose ends.

In recent days, we have been told that families bereaved as a result of the bushfires would "get closure" when certain events take place, such as the identification of bodies, or funerals and memorial services.

But grief shifts and changes constantly. The bereaved do not "get over" their grief. Instead, a way is found to reconcile how life was with a new and painful reality. Viewing the body, a memorial service or anniversary do not provide closure but are themselves chapters in a much longer narrative.

Loss produces permanent changes. The goal is to learn how to negotiate a meaningful life without the deceased and to integrate each new loss into a new identity and social reality. Most of us never achieve closure in our grieving, even though we may appear to get on with our lives. Our regret and horror over the loss never completely leaves our minds and sometimes recurs in thoughts and emotions when we least expect it and are least prepared.

Closure is associated with the phrase "putting it behind us", but we do not put death behind us. Death ends a life, but not a relationship.

Grieving continues, but in different ways. "Closure" implies an end to pain and a return to normality. For most, the painful feelings never fade completely but resurface in "aftershocks", an experience known only too well by someone who, on hearing a piece of music playing or smelling a familiar perfume, feels the wave of grief wash over them once more.

A fundamental cultural belief is that when the final bunch of withered flowers are thrown out and the last casserole is defrosted, life will return to "normal". Often the community of care swallows the lie that "time heals all wounds".

But grief is like being lost. The familiar is gone and we must relearn the world. Those around us who point to replacements, deadlines or "at leasts …" reflect the inability or unwillingness of the community of care to be present for the bereaved person down the track.

This executes its own toll of suffering. The disconnect between private experience and public expectation creates difficulties when the bereaved are told they "should be over it by now". They can no longer find a safe place to tell their story or seek solace in the presence of others. Public grief becomes private sorrow.

Grief can make people feel alone, abandoned and full of emptiness. It also makes them feel like they are on display.

As C. S. Lewis wrote, "Sorrow turns out to be not a state, but a process. It needs not a map but a history … there is something new to be chronicled every day." Researchers and clinicians have rejected fixed stages or phases of grief and recognise wide variations in response to loss. Our culture wants the bereaved to "move on", but to what and from where?

Psychological rebuilding happens alongside and continues well beyond physical reconstruction.

For many survivors of the bushfire the practical and emotional support from family and friends, being with others who share the same language of loss, a sense of connection to a community and a feeling of being understood by family, friends and neighbours will be of the greatest help.

Those who do not turn away from the grief of survivors, long after the yellow ribbon is put aside, will make a difference to those who experienced the horrors of February 2009.

More information about Chris Hall and the Australian Centre for Grief and Bereavement:
www.grief.org.au

The Australian Centre for Grief and Bereavement conducts seminars, workshops and courses  and sells books and other resources on loss and grief.

ALL celebrants, not just those doing funeral work, are recommended to have a comprehensive understanding of loss and grief issues, good communication & referral skills, empathy and sensitivity in working with couples and families at all stages of their journey through life.

Last modified on Sunday, 08 November 2015 11:50
Tweet
More in this category: « To the bereaved Loss and grief services »