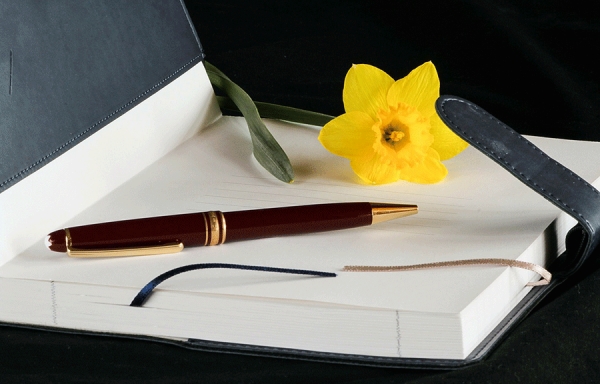 Not all LGBTIQ couples, like straight couples, may wish to marry but would like to have a formal acknowledgement of their relationship.

With Australia now allowing marriage for all couples, the various State and Territory relationship registers may undergo some change, if their registers were only for LGBTIQ couples. Please check what is available in your jurisdiction.

"The Australian Capital Territory was the first jurisdiction in Australia to legally recognise the unions of same-sex couples, in the form of the Domestic Relationships Act 1994. The Act defined a domestic partnership in much the same way common marriages are treated; a personal relationship between 2 adults (other than a married couple) in which one [or both] provides personal or financial commitment and support of a domestic nature for the material benefit of the other. The Act also provided for distribution of property and finances in the event of a separation, and inheritance in the event of death.

he ACT is the only jurisdiction in Australia to have legalised same-sex marriage. This occurred in 2013 when the territory parliament passed the Marriage Equality (Same Sex) Act 2013, with the Act going into effect and enabling same-sex couples to marry from 7 December 2013. However, the full bench of the High Court of Australia heard the Commonwealth Government's challenge to the ACT marriage laws on 3 December. The court determined that the territory was not permitted to legalise same-sex marriage; issuing its ruling 12 December 2013 by contending that - under the Constitution - only the Federal Parliament could legalise same-sex marriage."

"In February 2010, New South Wales Attorney General Hatzistergos announced that the state government will introduce legislation for a statewide relationships register modelled on ones already in place in the ACT, Victoria and Tasmania. Entering into a "registered relationship" provides conclusive proof of the existence of the relationship, thereby gaining all of the rights afforded to de facto couples under state and federal law without having to prove any further factual evidence of the relationship. In this way, a registered relationship is similar to a registered partnership or civil union in other parts of the world. The law came into effect on 1 July 2010.

This definition for the first time in the Territory resulted in LGBT people having a mechanism in the territory courts to resolve property disputes with their ex-partners. Prior to this reform, the non-financial contributions of a same-sex partner to a relationship could not be recognised in the same way as marriage or heterosexual de facto relationships. This could lead in some cases to a non-working partner not being able to obtain an appropriate property settlement. Such reforms have since made it possible for same-sex couples in the NT to have most of the entitlements as married partners. It also provides for de facto partners to make certain legal agreements relating to financial matters between the partners and ex-partners."

"Same-sex and heterosexual defacto relationships share many of the same legal rights of married couples.

A defacto relationship describes a relationship between two people who aren’t married but live together as a couple. The same laws apply to same-sex and heterosexual couples. In Queensland, defacto couples can register their relationship.

"The definition of a domestic partnership for most areas of South Australian law is set out in the Family Relationships Act 1975 (SA). Under this Act, a 'domestic partnership' is two adults (whether or not related by family and irrespective of their gender) in a 'close personal relationship' (that is, living together as a couple on a genuine domestic basis) where the partners have been together for at least three years, or during four years for periods totalling three years, or have had a child together."

What steps have to be taken to have the relationship recognised?

"Tasmania's Relationships Act 2003 provided for registration and recognition of a type of registered partnership in two distinct categories: Significant Relationships and Caring Relationships. The same Act also amended 73 pieces of legislation to provide registered partners with nearly all of the rights offered to married couples within the state. Furthermore, since July 2009, these relationships are recognised at federal level, providing couples with almost all of the federal rights and benefits of marriage. The legislation came into effect on 1 January 2004. In September 2010, the Parliament of Tasmania approved legislation to recognize same-sex unions performed outside Tasmania as significant relationships.

Both same-sex and opposite-sex couples can register a Significant Relationship if both are unrelated, unmarried adults living in Tasmania."

"Since 2001, same sex couples have been recognised as domestic partners in exactly the same way as mixed sex couples (who used to be known in law as de-facto spouses).

However, "a ‘declared relationships’ kit was launched by Gay and Lesbian Equality (GALE), Gay and Lesbian Community Services (GLCS) and the Perth branch of the Parents and Friends of Lesbians and Gays (PFLAG) to coincide with the International Day of Families.

The kit".. aims .. "to help couples prove they are in a de facto relationship when required by governements and businesses."

Last modified on Sunday, 10 December 2017 16:59
Tweet
More in this category: « and ceremonies John and Russell ceremony »