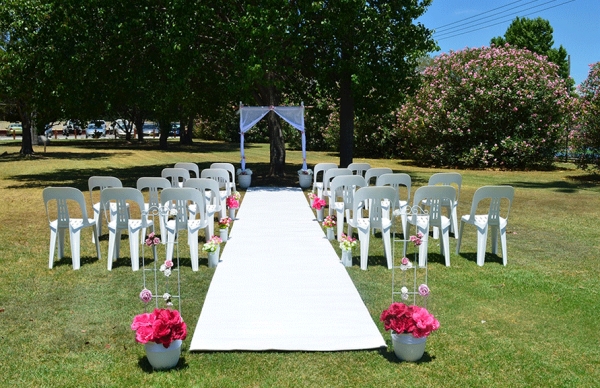 Some jurisdictions also allow for a ceremony to be held at the same time as the contract legalising the union is made.

This is a similar process to marriage in some countries, such as Australia and England, where the State has authorised the church to conduct marriages on its behalf.

However other countries and jurisdictions do not allow for a ceremony at the same time.

This is also similar to marriage is some countries, such as France, where couples are married by the State in a registry office wedding, then may have their union "blessed" by the church in another ceremony.

Why is having a ceremony important ?

Public ceremonies have many functions. Ceremonies are

So ceremonies are very important in a number of different ways.

Each person's and each couples needs differ.

Some couples want minimal community recognition and support by only having their two witnesses as required.

Other couples desire to share their special day with as many family and friends as possible.

In Australia, all couples now have a range of choices about the legal recognition of their union and the styles of ceremonies available to honour their commitment to each other.

Many civil celebrants will perform ceremonies for couples.

For three decades now civil celebrants have been performing

for straight and LGBTIQ individuals and couples, and their families.

Independent civil celebrants in particular are available to plan and conduct a range of ceremonies for the main rites of passage and for other aspects of our lives.

If you would like to celebrate your love and your loved ones, celebrants would love to assist you in creating a wonderful occasion for you all to treasure for years ahead.

People with ceremonial experience can offer choices you may not thought about, or encourage you to plan creatively so your hopes and dreams do come true.

Nothing like now to make some enquiries and start the ball rolling!

The TCN is here to: