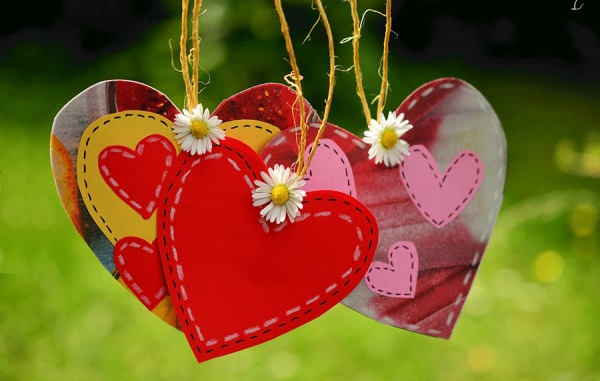 Have you ever wondered about what wedding anniversary symbols are all about?

No one knows precisely when wedding anniversaries were first celebrated, but the tradition is believed to go back at least to the Middle Ages.  At that time in the Germanic regions of Europe, a husband crowned his wife with a silver wreath on the 25th anniversary of their wedding day.  If the couple was fortunate to live long enough, the husband presented his wife with a gold wreath on their 50th wedding anniversary.
Over the years more symbols have been added and it is generally believed that increasingly durable gifts were chosen for successive years to represent the progressive strengthening of the marriage relationship.  As the years go by, the gifts increase in strength and worth from paper to diamond.
1st Anniversary
Paper 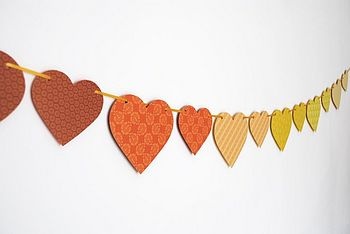 The first year of marriage is like a clear sheet of paper, a new beginning upon which to write your passage through the years together.  Also like paper, it is fragile and can easily rip, not having yet been tried by the fires of adversity and the storms of life.
2nd Anniversary
Cotton 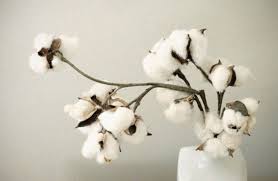 Like the interwoven fibres of cotton, the second year of marriage brings a couple closer together as their lives become increasingly intertwined.  As cotton is at the same time both strong and soft, the couple is learning how to be flexible and adapt to each other's needs.
3rd Anniversary
Leather 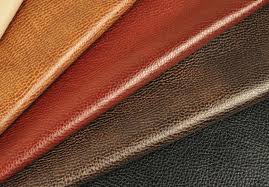 Leather has traditionally symbolised protection and covering; our ancestors covered and protected themselves from the elements with the leather hides of animals.  The bonds of marriage offer security and shelter as each partner takes care of the other.  Now in its third year, the growing relationship is becoming a source of stability for the married couple.
4th Anniversary
Fruit & Flowers 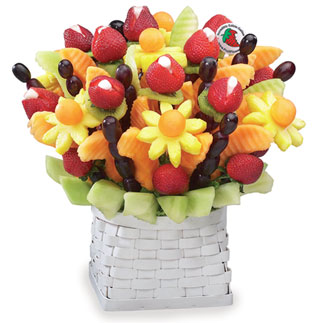 During the fourth year of marriage, the budding relationship is beginning to blossom like a flower and ripen like fruit.  Just as fruit nourishes the body and flowers the soul, so the deepening commitment and nurturing love of the couple brings refreshment and renewal to the marriage.
5th Anniversary
Wood 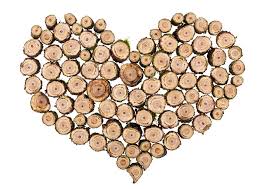 In ancient times, trees symbolised strength and wisdom.  By the fifth year of marriage, the married couple is developing strong, deep roots like a venerable oak tree and is gaining insight and understanding from the mistakes and stumblings of the first five years.  The pair has learned the most important lesson of all and the secret to a successful marriage - forgiveness.
6th Anniversary
Sweets 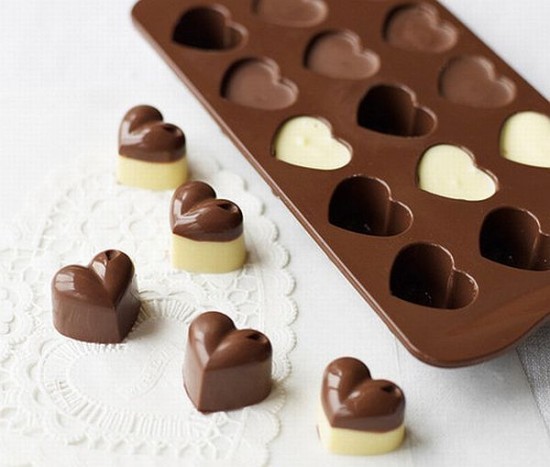 As candy is to the taste, so romance is to marriage: sugary sweet.  Celebrating the sixth year of marriage offers a time to rekindle the flames of love and passion that brought the two of you together. 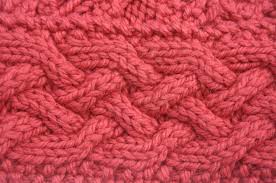 Both copper and wool are known for producing heat.  Therefore they represent warmth, comfort, safety and security - necessary ingredients for a healthy and stable marriage.
8th Anniversary
Bronze 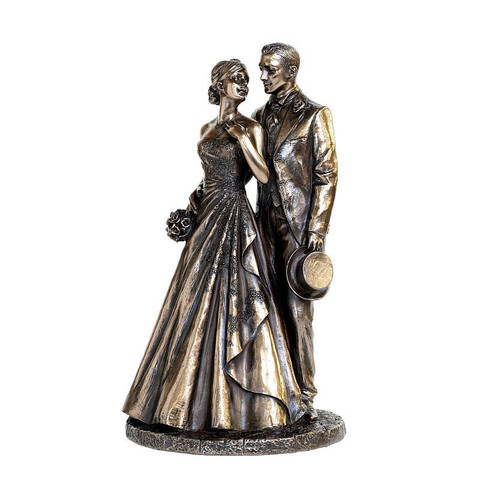 The gifts for wedding anniversaries tend to increase in substance and value over time as marriage itself should grow and strengthen over time.  Bronze is stronger than both iron and copper, symbols of earlier years of marriage, because it is a blend of two metals (copper and tin).  This mixture represents the union of two lives and the strength resulting from combining time with perseverance.
9th Anniversary
Pottery & Willow 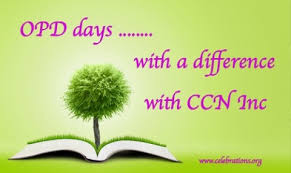 A potter moulds a lump of clay, shaping it on the potter's wheel, and then fires it in the over, creating something both rich and beautiful.  So too, the marriage of two people is moulded and shaped by choices and experiences, fired in the oven of adversity, and over time, something beautiful emerges.
10th Anniversary
Tin 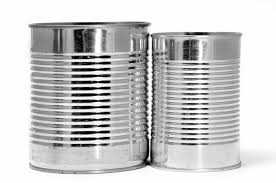 Tin symbolises preservation and longevity.  At one time, food was stored in tin-plated iron cans, the tin protected the iron from rust and corrosion, preserving the food inside, potentially forever.  A couple at the milestone anniversary of ten years has the ability to go the distance.  Therefore, the tenth anniversary should be celebrated with special honour.
11th Anniversary
Steel 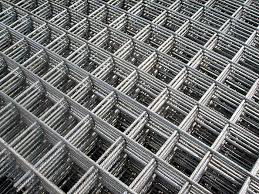 Steel is one of the strongest, most durable metals in the world, and therefore a fitting symbol for the eleventh anniversary.  The cord binding the marriage together can no longer be easily broken, if it ever could.  Strength and permanence define this milestone anniversary.
12th Anniversary
Silk 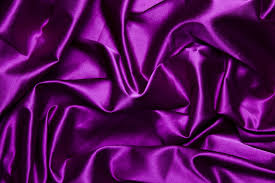 A couple that reaches twelve years of marriage has, undoubtedly, sailed through many rough waters and overcome a great many obstacles in their relationship.  Having been strengthened by enduring difficulties, they now eagerly anticipate that the road ahead will be smooth as silk.  It is time to enjoy the finer things in life.  Celebrate this anniversary by taking time to indulge in luxury and pleasure.
13th Anniversary
Lace 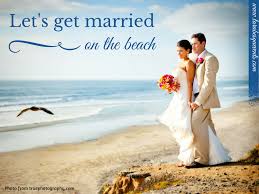 A lace signifies refined beauty and elegance, so a marriage of thirteen years exemplifies polished and perfected love.  The passage of time has created a delicate but strong object of beauty.
14th Anniversary
Ivory 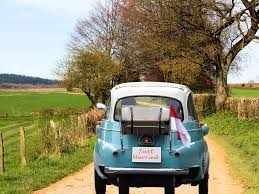 Ivory symbolises purity and innocence.  Rare and beautiful, this precious commodity signifies the integrity of fidelity of the marriage relationship and the extraordinary sense of commitment two people must have to make a marriage last fourteen years.  Loyalty and devotion are qualities worthy of commemoration. Recently there has been a change made to the traditional gift of ivory due to the devastating effect on the lives of elephants, therefore it is recommended that you choose imitation ivory or a piece of elephant jewellery.
15th Anniversary
Crystal 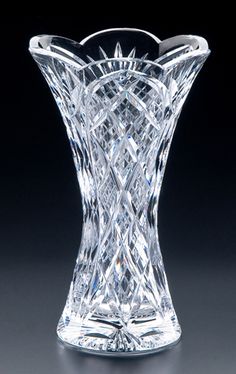 Crystal is the first truly expensive gift in the traditional anniversary list.  The costliness of crystal is representative of the sacrifice and investment the couple has made to the marriage over the past fifteen years.  Crystal also symbolises clarity and transparency, reflecting the state of the couple's relationship.  They now know each other better than they know themselves.
20th Anniversary
China 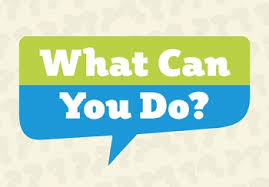 China symbolises the beautiful, elegant and fragile nature of love.  It is a reminder not to take your marriage for granted, but to continue to care for it so your love will flourish.  In addition, just as china, although fragile, is also durable and long-lasting, so a twenty year marriage has withstood the test of time.
25th Anniversary
Silver 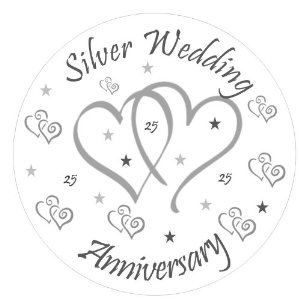 Silver is one of the most precious metals known to man.  It has always been prized the world over and considered very valuable.  It is therefore an appropriate symbol for the twenty fifth wedding anniversary.  Like silver, may your marriage continue to shine in splendour and radiance all of your days as you grow old together.
30th Anniversary
Pearl 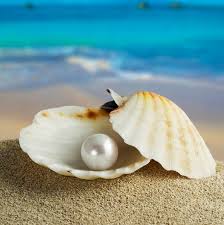 Lying hidden deep inside the shell of an oyster is one of the most exquisite and treasured gems imaginable: the pearl.  Symbolising hidden beauty, the pearl reminds the maturing couple that true beauty comes from within and that what is most valuable is the shared experience of life with another. 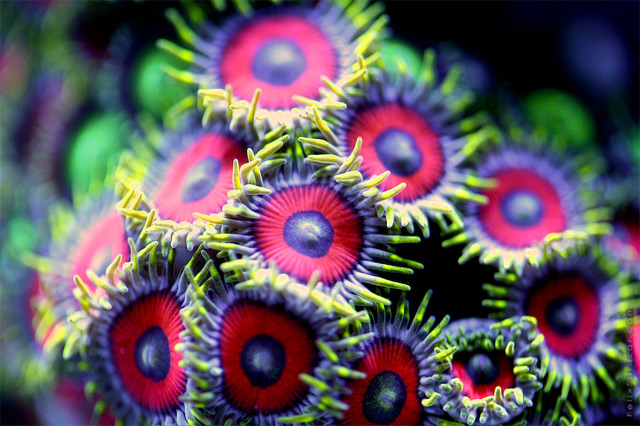 Coral has often been called the "garden of the sea" because it covers the ocean floor.  In ancient times it was considered sacred and believed to contain magical properties of protection from sickness and harm.  It was also thought to represent the life force due to its blood red appearance.  Like coral, loyalty and commitment are the lifeblood of a good marriage and love the shield that protects the union.
40th Anniversary
Ruby 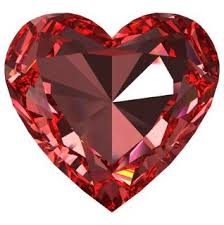 Symbolising love and passion, the ruby is one of the most coveted gemstones of all.  Within the heart of this stone is thought to lie a flame of fire that grows brighter with each passing year, just like the flame of a forty year marriage.
45th Anniversary
Sapphire 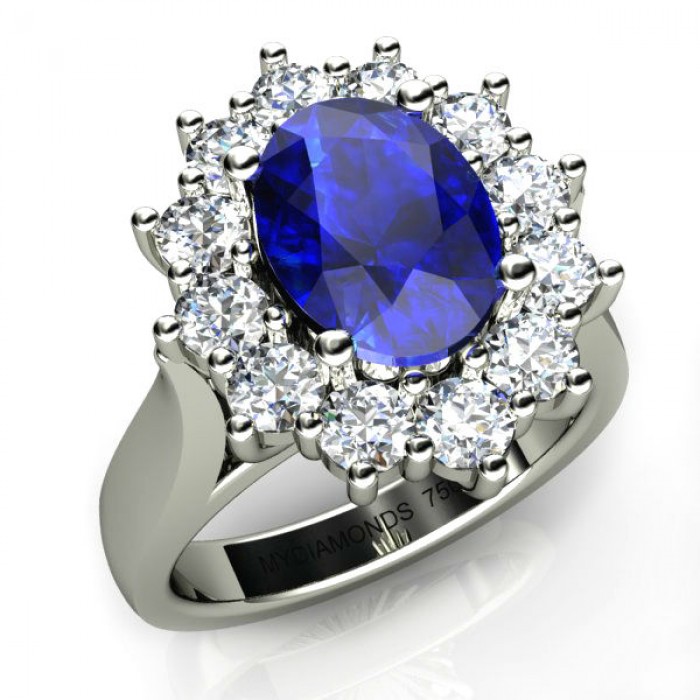 For long ages the stone of royalty, the sapphire is the perfect gem to honour a forty five year marriage.  Two people together for this length of time are a shining example to all married couples.  Theirs is a union worthy of admiration and respect.
50th Anniversary
Gold

Only one gift can rightly capture the crowning achievement of lifelong love: gold.  Symbolising prosperity, strength, and wisdom, it represents the essence of what a fifty year marriage should be.
Why not speak to one of our many talented celebrants here at TCN to talk about how you can turn your next wedding anniversary into a special, meaningful ceremony.
Last modified on Thursday, 10 November 2016 12:23
Tweet
More in this category: « Anniversary symbols and flowers