What is a civil celebrant ? 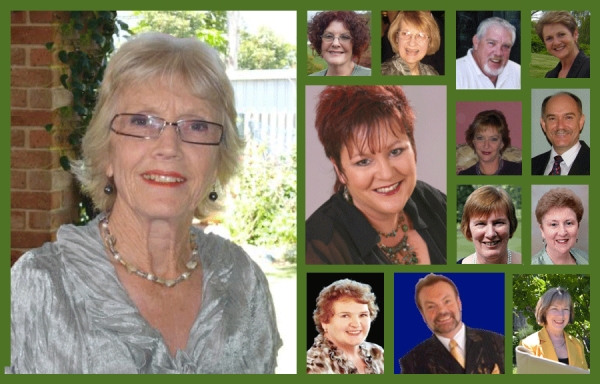 The TCN Inc views the role of the modern Australian civil celebrant as a complex and evolving one.

A civil celebrant, unlike a religious celebrant, has the role to uphold the values of a civil society.

These values are based upon civil and human rights not those based upon religious or cutltural beliefs that evolved over time from tribal group beginnings to increase group cohesion amongst their own peopleby viewing others with fear or hate on grounds that today we know are not justified.

A framework that expresses these values or ethics in a clear format is the Declaration of Human Rights as constructed after the Second World War. That war showed in cold cruel facts the way in which soldiers' fear and repressed anger could be unleased to target huge groups of people viewed as weaker or different - woman children, people of different colour, race, faith, education, culture etc.

A civil celebrant therefore has a responsibility to inspire and support respectful non-discriminatory values to encourage those present to uphold these values in their own lives.

The role of ceremony is to assist people physically, emotionally, socially and pyschologically/ spiritually to adjust positively to transititions in life ie to cope with change and to support others in times of change.

The easiest way to understand ‘what is a modern civil celebrant’ in regard to ceremony, is to start with considering how the role of celebrant (or priest) has evolved.

In essence this means looking at the history (and her-story) of religion.

In earliest times, the celebrant was called a "shaman" (expressed negatively as a 'witch-doctor'). Their role was to intercede with the mysterious forces of nature to hopefully ensure 'mother' nature would bring positive benefits to the group. This would thus provide a sense of security in the not always predictable world mankind lived, and of which knowledge and understanding was limited by man's powers of observation.

Most of the earlier religions are believed to be based on the feminine principle, being more 'Goddess' centred than God centred. Presumably this related to the mysterious and awe-inspiring power of females to bring forth new life.

As human communities settled with the cultivation of crops and husbanding of animals, the role of 'priest' broadened and became a structural part of society. The people allowed building of more permanent shrines or temples, which increased the number of people associated with the shaman - priest.

Gods were viewed as gods of place, each area having its own. Nomadic tribes developed concepts of gods that travelled with them.

Belief systems were refined and initially transmitted via stories and songs, then eventually documented in written form.

The eighteenth century assumption of the masses that ‘the religion on offer, was how it had always been’, has been challenged in a variety of ways by recent scientific study of religious texts and artefacts.

For example, the Old Testament was not a unified document until after the fall of Jerusalem in 70 AD. Fearing their religion would be fragmented and lost the Jewish people decided to bring together one 'official' version of their testament. At that time, there were many different versions of the 'books'. Some of were included, some not, in what is known today as the Torah and that Christian today call the Old Testament.

As evidence has challenged the literal/ historical interpretations of religious text, much more emphasis has been placed on symbolic interpretations - the text role in teaching and reinforcing social norms, and providing a psycho-social understanding of humans relationship with the universe and their place in it.

Developments especially in the psychology and psychiatry fields have brought more understanding of humans' inner worlds, and thus more ability to see the connections between religion and other areas of life. Jungian psychology is one approach to understanding the relationship between the conscious and unconscious use of symbols as "tools of translation".

Perhaps a useful clue is from the meaning of the word "pontiff" which meant "bridge", and the historical tradition of the priest role was the bridge between "man and God". In modern terms, part of the celebrant role is bring into consciousness things that people may prefer to leave out of awareness as a defence against the unknown and against change.

So from the beginning of recorded history, the role of the celebrant has been an important one in the daily lives of people in communities, whether those be large or small.

As humans evolved, the capacity for awareness of self and the world around them, and the ability for creative and logical thought and complex communication, mankind commenced to:

The human brain is complex as are the brains of many other species of animals, and modern science is discovering more and more that even simple organisms have very complex mechanisms for survival, reproduction and for daily living.

Perhaps humans are rather arrogant to think they are the only ones with these capacities for self-awareness, creative and logical thought and communication.

Certainly humans appear to have a capacity to "over-ride" their basic instinctual programming via the use of social and cultural programing and education.

In a way, humans have been developing and refining "scientific" method from early times. The first step is "observation", followed by a "guess or a hunch" about "why" or "how" that thing or process was the way it was. Then follows further observation to see if the theory (guess) was supported by observation. With only the five basic senses (sight, touch, sound, taste, smell) as tools of observation, the guesses and observations made were extremely limited.

And so it seems primitive humans interpreted the "unknown" by projecting thoughts and feelings of their "known" world of human relationships onto the outer world.

Objects that today we may see as neutral of gender were considered "male" or "female" if their qualities seemed similar (symbolically) with the qualities of particular genders.

Evidence of this can be found in certain languages, such as French, where nouns are all assigned a gender.

The most powerful and mysterious objects to the ancients were our Sun and Moon, and the most powerful processes the birth of new humans and death where the life force could exist one minute, but be gone the next.

As life seemed to need the pair of the Sun and Moon to survive, and their powers so immense compared with humans, they became the earliest gods and goddesses.

The ancient Egyptians viewed this pair as the Moon Goddess (Iris) and her Resurrecting Son (Horus). Each day the son would journey across the sky, to die at the end of the journey. The son was re-created each night by the mother Moon, to be re-born each day - then to repeat the cycle again.

Pleasing these "parents" or as societies evolved, these 'kings or gueene', to ensure the continuance of the natural order, and to avoid disasters became the role of the "priest" - the bridge between the known and the unknown worlds.

Roman and Greek mythology shows a much greater level of complexity in the understanding of the unknown world. The 'god head' was represented as primarily a family and society in which various gods and goddesses had responsibility and control over various aspect of human life. This personification of various characteristics of human nature, their relationship with each other, their stories that show the effect of certain characteristics when dominant, are more sophisticated ways of attempting to educate people about their natures.

And to explain the path to psychological maturity if applying more modern terms. For example the sequence of the Major Arcana in the Tarot deck represents the 'journey of the soul' from birth - the Fool (Naive One) - to ego death - the Hanged Man - to atonement - the World (Wholeness or "At-one-ment")

Civil celebrants need to look behind the literal interpretations of religious thought and dogma to the tasks the religious celebrants undertake, their effect on the people and groups with whom they work, to find a common modern language within which to communicate to people of different religions and those of no religion, and to express in modern terms the role of a civil celebrant.

The independent civil celebrant in a democratic society has a unique opportunity to:

Historically the role of religious celebrants in relation to their congregation has been one of family and community worker. In some cases, teacher, community educator, psychologist, counsellor, social worker, community developer, human rights activist.

Much of the intent of the religious celebrants work is to support human beings in finding the "right" relationship with themselves, with others, with their community and their world, including their "God" however that is defined by the specific religion.

For some religions, that "God" is not conceived of a single being, nor even personified at all. The 'God" may be the "good" i.e. a set of principles for living for right living, for living the "good" life or "God" may be "love" i.e. the wanting of the best for another being's health and welfare physically, mentally, emotionally, socially and spiritually.

People's needs for love, affirmation, respect, inspiration, support, relationship, community and opportunities to mark important life occasions have not disappeared, with their decline in religious affiliation.

Rather the evolution of civil celebrancy, in the ongoing growth in the type and context for civil ceremonies, is a reflection of this need.

For civil celebrants the challenge is to:

More in this category: Civil celebrants - human rights and ethics »