Statistics contained in the following tables are drawn from the MarCel database and are accurate as at 8 October 2020 unless otherwise indicated. 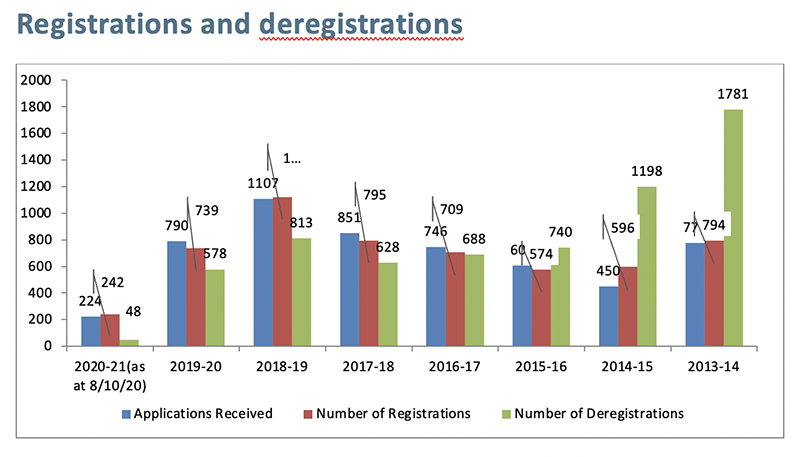 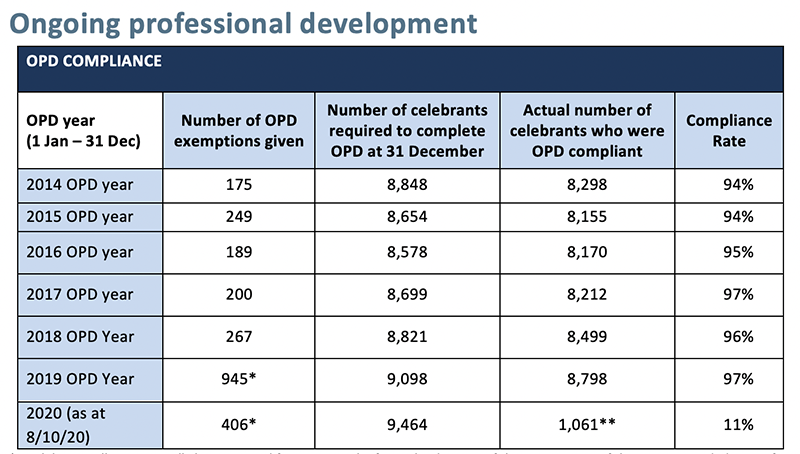 **Data incomplete – not all OPD completions uploaded into the database or reported by the approved activity providers (may include panel members, RTOs and conferences).

The Registrar of Marriage Celebrants may grant an OPD exemption when: