Ceremonies and celebrations - some demographics 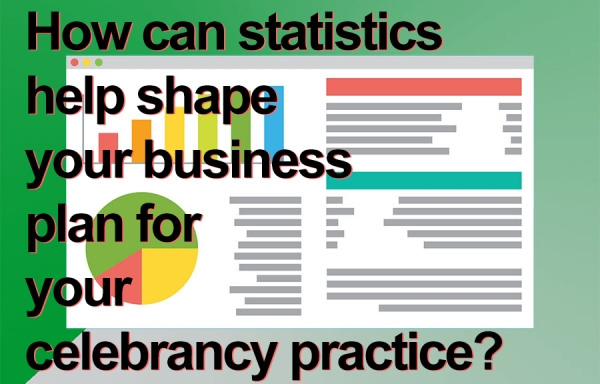 This information is provided to assist members in planning their celebrancy services.

This is also the background information for this Video 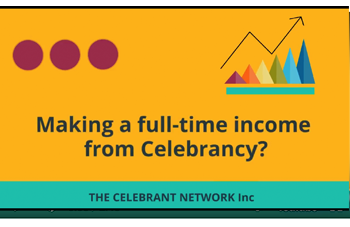 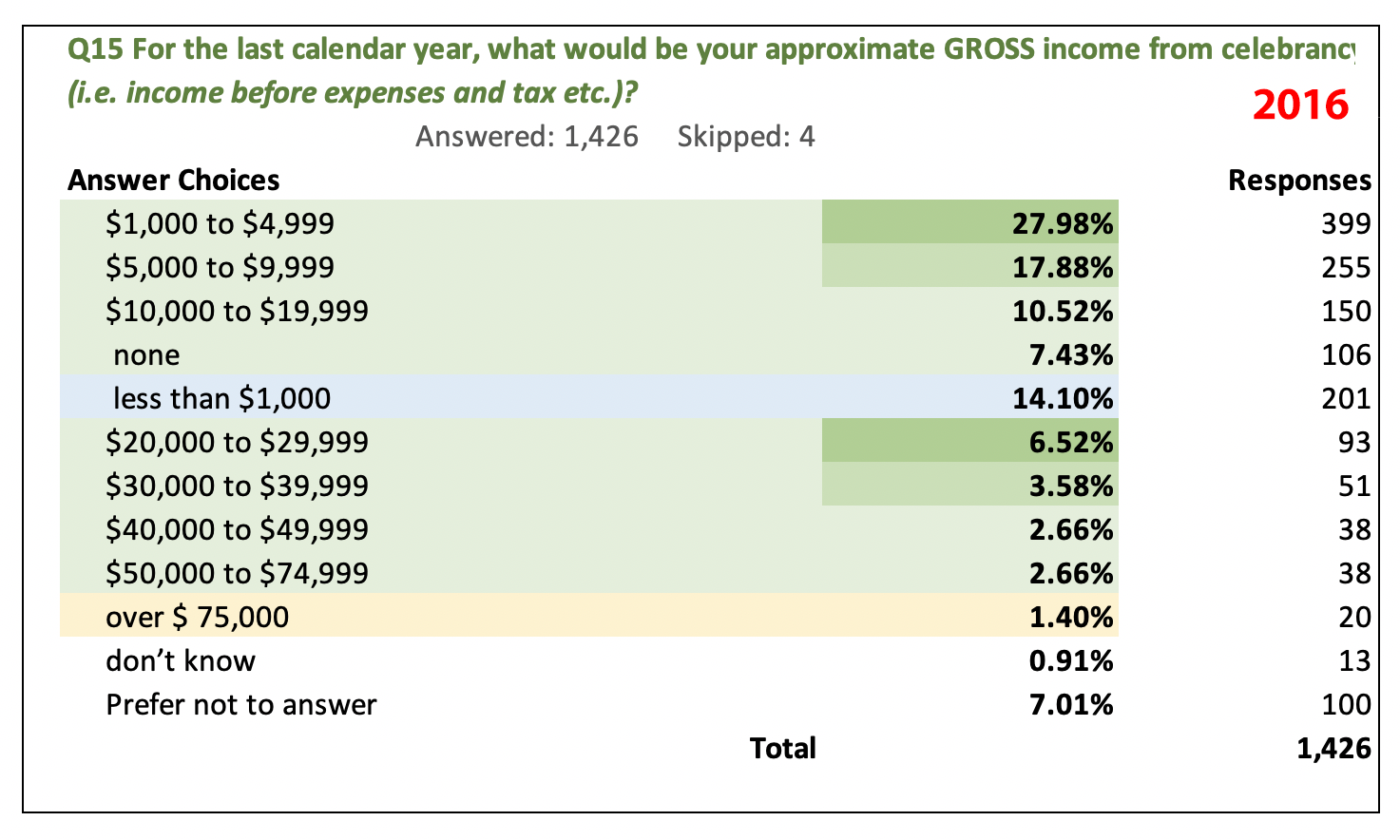 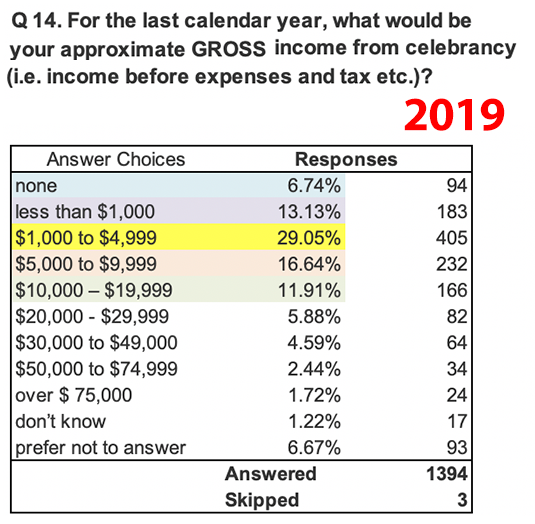 Conclusion: Marriage work alone cannot be the basis of a business plan to make a full-time income for the majority of celebrants unless the number of Commonwealth Civil Marriage Celebrants is reduced dramatically.

# Estimated at an additional 6,300 same sex marriages in 2018, assuming the marriage rate for straight couples does not decline further, means an extra 1 marriage per civil celebrant pa rather than 1.4

THE ABS SAME-SEX MARRIAGE IN AUSTRALIA - A 2018 SNAPSHOT - preliminary findings showed "3,149 same-sex marriages that occurred in the first 6 months since changes were made to thE MARRIAGE ACT 1961. Assuming the same rates for the remainder of 2018, this could mean an additional 6,300 marriages for 2018 assuming the marriage rate for straight couples does not decline further. Australian Bureau of Statistics (ABS) (2017) 3310.0 – Marriages and Divorces, Australia, 2017 Available at: https://www.abs.gov.au/ausstats/abs@.nsf/mf/3310.0@.nsf/mf/3310.0

4.  EXPANDING INTO OTHER CEREMONIES

One estimate of Types of Possible Ceremonies for every wedding (couple) . . .

For every wedding (couple) there are at least:

i.e. 33+ other possible ceremony options to each wedding possibility.

Conclusion:  That is, in general, twice as many other possible types of ceremonies for each possible wedding (couple), and at least ten times as many special birthdays and wedding anniversaries.

5.  POPULATION DATA TO HELP WORK OUT WHICH CEREMONIES TO OFFER

Which ceremonies might be most appropriate fto market to these groups?.

This projection is based on the estimated resident population at 31 December 2017 and assumes growth since then of:

These assumptions are consistent with figures released in Australian Demographic Statistics, December Quarter 2017 (cat. no. 3101.0).

Conclusion:  Twice as many births to deaths - Consider the most likely ceremonies related to birth - baby blessings, baby namings, parenting and grand-parenting ceremonies

Suggested theme - "Be humble enough to be the reason to gather your family together to share family history and what will become future generation's family history".

Demographers and researchers typically use birth years starting from the early- to mid-1940s and ending anywhere from 1960 to 1964.

Using these years as reference points, the following chart shows the Baby Boomers

Conclusion:   Senior Birthdays for the Baby Boomer generation is worth considering as a target market for the next 20 years.
As the Senior population (65+ years) will continue to grow, ceremonies for the 55+ age group needs serious consideration from celebrants wanting increase their celebrancy work and /or income.

Older Australia at a glance

7.   FORMULA FOR WORKING OUT THE RATIO OF THE NUMBER OF CIVIL CELEBRANTS TO CIVIL WEDDINGS

You may find these other MEMBERS ONLY Sections useful after reading  this information.