Marriage History - Time for an inquiry into the Marriage Act itself 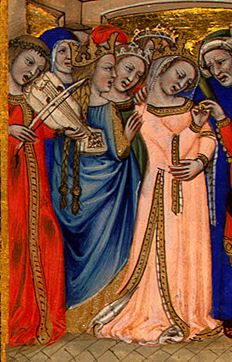 Contrary to popular belief, Marriage in Western culture started and continues to be as a civil, not religious, function. e.g. Martin Luther did not consider marriage a concern of the church and Cromwell refused to allow couples to marry in churches in England during his time.

Marriage had no uniform religious or other ceremony and was essentially seen as a private matter until CE 325. Even with Christianity’s spread across Europe and the whole of life immersed in a Christian context, it was not until 1545 the presence of a priest or witnesses became required.  It was sufficient there be mutual consent, freely given and the couple make a promise verbally to each other. This promise (known as the "verbum") when made in the present tense such as “I marry you” was indisputably binding.

From the Middle Ages, the function of the churches was to record marriages although this was not mandatory. The role of recording marriages and setting the rules for marriage passed to the state as part of the Protestant Reformation, especially as Martin Luther considered marriage was a "worldly thing". For Church recognition of the marriage, presence of witnesses plus a priest (Catholic) or a religious ceremony (Protestant) were required. Many Protestant countries had state involvement in marriage by the 17th century. Lord Hardwicke's Marriage Act 1753 required a formal ceremony of marriage in England and Wales to address the problem of clandestine marriage, although that Act did not apply to Quakers or Jews. Civil marriages as a legal alternative to church marriages followed with the Marriage Act 1836. This law permitted the marriage declaration before an official of the civil administration and allowed an optional private clerical marriage ceremony.

So marriage in Australia comes down to us, with its key civil component influenced by the Christianity.  Marriage law was first administered in Australia by the British colonies, which inherited British common law traditions. Governments across different jurisdictions administered these laws, however often seeing fit to legislate on citizens’ eligibility to marry in ways far beyond what most Australians would consider appropriate today. Restrictions were placed on Indigenous Australians’ right to marry whom they chose, as were convicts.  The latter were limited to those who exhibited good character (i.e. those displaying ‘soberness’ or ‘industriousness’).

Each state and territory was responsible for regulating marriage until 1961 when it was agreed that the Commonwealth bring Australia marriage under one uniform piece of legislation.

Australia’s Marriage Act 1961 is over half a century old.

Prior to 1961 marriage was the responsibility of the different state and territories and their laws had evolved mainly along the same lines, as had been the case in England. At that time, Sir Garfield Barwick, who drafted the new legislation, could have recommended a total separation of church and state functions as is the case in France where the civil marriage is provided by the state, then the marriage blessed by the church in a separate ceremony.  Some may have preferred the later.

Subsequently Justice Lionel Murphy used a provision in the Act for “other Fit & Proper persons” (Subdivision C celebrants) to establish Australia’s unique and highly successful civil marriage celebrant program. This provision originally was envisaged to be used only by a minimal number ‘lay clergy’ and thus neither detailed nor structured in a consistent form within the Act.

Many aspects of our Marriage Act are based upon the English Marriage Acts of 1753 and 1836. For example, our Marriage Act Section 45 was originally drafted from the Marriage Act 1836 and requires couples of Commonwealth marriage celebrants, mostly independent civil celebrants to say: “I call upon the persons here present to witness that I, A.B. (or C.D.), take thee, C.D. (or A.B.), to be my lawful wedded wife (or husband)” or words to that effect.

This wording is now almost two century’s old and in need of modernising into plain English. Couples being married by Subdivision A Recognised Religious celebrants are not required to say these words, unless they are in the approved wording of the particular church's marriage rite. Some religious ceremonies do not require that the parties to the marriage actually say anything. Their attendance at the ceremony is considered sufficient for consent.

Major changes to the Marriage Act in 2003 with regard to the appointment and review of Commonwealth Marriage celebrants were intended to acknowledge the evolving profession of civil celebrancy and to bring this subdivision more in line with the principles of appointment and regulations of the other two subdivisions of celebrants.

These were to be a high standard of celebrant training based upon guidelines set in 1995 prior to appointment, a complaint mechanism for couples, a Celebrant Code of Practice, regular performance reviews, a requirement for annual ongoing professional development, no specific time limits on appointments and strong conflict of interest provisions.

Conflict of Interest reforms were designed to ensure that celebrants would “be unable to have an interest in other wedding related business” thus ensuring celebrants remained at the arms length from the commercial aspects of the wedding industry and that a “profit motive” not take precedence over the need to maintain legal and ethic integrity of providing a valid marriage. This principle also was intended to ensure parity with the Religious celebrant who, under Section 33 of the Marriage Act, can be de-registered for “making a business of solemnising marriages for the purpose of profit or gain.”

The most contentious aspect of the 2003 changes was the “open market” basis on appointment, which does not operate for Subdivisions A and B celebrants. Existing celebrants concerns that this would flood the market with new inexperienced celebrants was dismissed as self-interested unfounded fears. 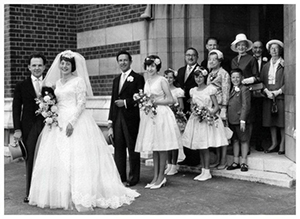 In the 2002 Explanatory Memorandum, Liberal Attorney General Daryl Williams stated, “The Department does not expect there to be a flood of celebrants into the market because the conditions for appointment are being raised/increased. All potential celebrants would be required to undertake formal training and all celebrants, existing and new, would be required to undertake ongoing professional development (OPD). Some existing celebrants may choose to exit the market rather than complete the ongoing professional development requirements. This is expected to occur for some older celebrants and for those performing occasional services where the effort of maintaining their qualifications is likely to outweigh the income from providing the service. It is expected that these requirements would effectively keep numbers of applicants at an acceptable level”.

Attorney Daryl Williams high hopes for this reform have not eventuated.

Commonwealth celebrant numbers have not been contained by high pre-appointment training standards. The newly formed department set up to implement these changes, between 2003 and 2014, did not focused upon its primary roles of performance reviews to conduct security checks  on applicants, to de-register celebrants who are non-compliant with their obligations under the Act and to ensure that Conflict of Interest provisions were strictly enforced.  Instead the department spent time concentrating efforts on issuing legal ‘guidance’ whilst concurrently asserting this cannot be taken as “legal advice” and micro managing the ongoing professional development program, which should be the responsibility of the celebrant associations as this is in other professions or as recommended by CoCA through a government sanctioned Standing Committee for OPD Approval and Monitoring.

The lack of respect for celebrant associations' expertise by Departmental officers appears to be the major cause of the explosion in costs and difficulties experienced by the Department. Originally given $320,000 pa increased funding to implement these changes, the department via the recently tabled Marriage Amendment Bills proposing to levy an annual fee upon only Subdivision C celebrants to raise $1.4 million pa to expand into areas that duplicate services provided by celebrant associations and registry offices whilst hoping the annual fee remove the non-compliant celebrants by default.  These fees are expected to be passed unto marrying couples.*

The Coalition of Celebrant Associations, in its comprehensive submission to government assessed the annual costs for regulation in line with Attorney Williams estimates if the department, that has no celebrant expertise or experience, were to use the expertise of the celebrants associations.

Furthermore, The Coalition of Celebrant Associations CoCA advised the government of two alternatives to cost recovery that would raise between $3.5 million pa and $6 million. The former an annual registration fee on all marriages celebrants (religious and civil) or the latter a Marriage Registration paid by each marrying couple as is the case in many countries and expected to be the case by Australian couples.

Revenue raised by these alternate methods could help fund better and fairer regulation of all subdivisions of celebrants and better relationship support services. The later is needed to avoid the significant financial ($3 to $6 billion) and emotional costs associated with relationship breakdown.

With the fresh eyes of a new government and an independent review, Australia’s Marriage Act can and must be brought into the 21st century.

One nation, one marriage Act and one fair deal for all, whether couples choose a civil or religious ceremony, without the excesses of over-regulation and its associated costs on the community are essential.
,
The The Celebrants Network Inc, as a member of the Coalition of Celebrant Associations will be calling upon the incoming government to undertake an independent review of the Commonwealth Marriage Celebrant program and the Australia’s Marriage Act 1961 to ensure that all marrying couples and their celebrants are treated with equal respect and same basic legal requirements for validity of civil marriage apply to everyone.

If you are interested in seeing how TCN Inc has recommended the Marriage Act 1961 be updated to modern English and for marriage equality for couples and celebrant alike, see

* Since this article was written in 2013, Amendments to the Marriage Act have been passed. The Attorney-General now collects approximately $2.4 million each year from only Sub-division C Commonwealth marriage celebrants to perform the roles that it was inittially set uo to do for $320,000.

Last modified on Friday, 22 September 2017 17:43
Tweet
More in this category: « Marriage Law - Child and forced marriage How does the Australian Marriage Act differ from other countries? »