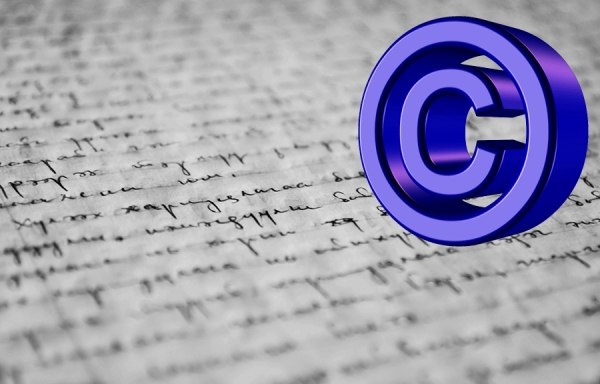 Pixabay 729617
The Copyright Agency Limited (CAL) grants the Organisation and each Member a non-exclusive non-transferable licence to do the following in the Territory in relation to Licensed Copyright Material: to

(a) Copy;
(b) Transmit; and
(c) Communicate under certain conditions.

Please download, read and be familiar with the full document

1.1  CAL grants the Organisation and each Member a non-exclusive non-transferable licence to do the following in the Territory in relation to Licensed Copyright Material:

(a)    ensure that Copying, Transmission and Communication of Licensed Copyright Material under the Agreement complies with the usage restrictions set out in clause 2; and

(b)     require and use its best efforts to ensure that all Members are aware of and comply with those usage restrictions.

2.1  The Organisation must ensure that each Copy of Licensed Copyright Material made, Transmitted or Communicated in reliance on the Agreement:

(a)    clearly identifies the names of the author and publisher and the title of the Licensed Copyright Material; and

(b)    where provided by the Organisation or a Member to a third party, is prominently marked: Copyright Agency Limited (CAL) licensed copy.

2.2  The Organisation acknowledges that CAL may notify the Organisation from time to time that certain works are Excluded Works and may not be Copied, Transmitted or Communicated in reliance on this Agreement.

2.3  The Organisation must ensure that the Members do not directly or indirectly sell or offer for sale Copies of Licensed Copyright Material.

2.4  The Organisation must ensure and must require the Members to ensure that the following usage limits are observed for each Copy, Transmission or Communication made in reliance on this Agreement:

(a)   for Books and electronic works, the greater of one chapter or 10% of the pages or words;

(b)   for Journals, not more than one article from any issue, unless the articles relate to the same subject matter.

2.5  The Organisation acknowledges that, with respect to any work:

(a)     CAL gives no warranty that it is authorised to license Copying, Transmission or Communication of that work under the Agreement; and

(b)     CAL does not breach the Agreement if the Organisation Copies, Transmits or Communicates a work for which CAL is not so authorised to license.

2.6  The Organisation must use all  reasonable endeavours to distribute to its Members any materials supplied by CAL from time to time for the purpose of educating and informing them on the obligations under the Agreement and on copyright compliance generally.

3.1  CAL will, after the Commencement Date and on each anniversary of it, issue the Organisation with a tax invoice for the Licence Fee for the relevant year and the Organisation must pay each invoice within 28 days after receipt.

3.2  If the Organisation fails to pay the Licence Fee by the due date, interest on the unpaid amount will accrue at the Agreed Rate daily from the due date to the date of payment.

3.3  CAL may give not less than 90 days notice that the licence fee will be varied, and the new licence fee as notified will become the Licence Fee on the day the notice takes effect.

(b)   take effect earlier than either:

(i)    less than one year after the Commencement Date; or

(ii)   less than 12 months after the date when any previous notification was made.

3.5  If the variation to the Licence Fee proposed by CAL is not acceptable to the Organisation, the Organisation may terminate this Agreement on not less than 60 days notice

(a)     provide CAL with such information as CAL may from time to time request in connection with the Agreement; and

(b)     comply with all reasonable requests concerning access to information and the making of Copying, Transmission or Communication records in accordance with clause 4.2.

4.2  CAL may give the Organisation 4 weeks’ notice of a period not exceeding 6 weeks, during which the Organisation must provide CAL with an additional Copy of all works Copied, Transmitted or Communication during that period, together with any other information reasonably requested by CAL.

4.3  CAL may at any time request copies of  the Organisation’s records for the purposes of examining them to:

(a)     determine the correctness of any payment under this Agreement, or

(b)     in the case of failure to provide information under clause 4.1(a), obtain the information so requested.

(a)     establishes that the amounts payable under the Agreement based on information provided to CAL were understated by more than 5%; or

(b)     disclose to any person that the Organisation is a party to the Agreement.

5.3  This clause 5 does not apply to confidential information which is:

(b)     in the public domain other than by breach of an obligation of confidence; or

5.4  For the purposes of this clause 5, all references to confidential information shall include without limitation personal information as defined in the Privacy Act 1988.

6.1  The Organisation must give CAL prompt notice of any claim which comes to its notice for infringement of copyright arising from Copying, Transmission or communication under the Agreement.

(a)     not compromise or settle any such claim or proceedings without the prior written consent of CAL; and

(b)     at the request and at the cost of CAL, permit CAL to have the conduct of any such claim or proceedings in the Organisation’s name.

7.1  The Organisation warrants that it is a professional association of civil celebrants and that the use of Licensed Copyright Material  by it and by the Members as done only in the course of or in preparation for ceremonies conducted by them.

7.3  Both parties warrant that they have the power to enter into and perform their obligations under the Agreement.

8.1  The Organisation indemnifies CAL against all liability incurred by CAL as a result of or arising out of any breach by the Organisation of the Agreement.

8.3  Subject to this clause 8, where a claim is made against the Organisation for infringement of copyright arising from Copying, Transmission or Communication of a work (other than an Excluded Work) in reliance on this Agreement, CAL indemnifies the Organisation against all damages reasonably incurred by it (including reasonable legal costs) as a result of or arising out of the Copying, Transmission or Communication.

8.4  The Organisation acknowledges that:

(a)     this indemnity only covers actions for infringement of copyright;

(b)     this indemnity will not apply if the Organisation is in breach of any term of the Agreement; and

(c)      CAL has no liability under the Agreement for Copying, Transmission or Communication other than as provided in this clause 8.

9.1  The Agreement continues in force for a period of one year from the Commencement Date, and thereafter from year to year until determined under this clause 9.

9.2  CAL or the Organisation may, on 6 months’ notice to the other, terminate the Agreement with effect from any anniversary of the Commencement Date.

(a)     a party (Defaulting Party) continues to breach any obligation under the Agreement for 30 days after notice from the other party (Innocent Party),

(b)     the Defaulting Party becomes an externally-administered body corporate (within the meaning of the Corporations Act 2001),

(c)      the Defaulting Party stops payment of or is unable to pay its debts within the meaning of the Corporations Act 2001, or

(d)     the Defaulting Party ceases to carry on business,

10.1       A notice for the purposes of the Agreement must be in writing and may be given to the addressee by:

(a)     delivering it or sending it by pre-paid post to the address of the addressee; or

(b)     sending it by facsimile to the facsimile number of the addressee,

and the notice will be deemed to have been received by the addressee on receipt.

10.2       A facsimile is deemed to have been received on production of a transmission report by the machine from which it was sent which indicates that it was sent in its entirety to the facsimile number of the addressee.

10.3       The Agreement may only be varied by the written agreement of the parties.

10.4       The Organisation may only assign a right under the Agreement with the prior written consent of CAL.

10.5       The Agreement embodies the entire understanding and agreement between the parties as to its subject matter.

10.6       Each party must promptly execute all documents and do all things that another party from time to time reasonably requests to effect, perfect or complete the Agreement and all transactions incidental to it.

10.7       The Agreement is governed by and must be construed in accordance with the laws in force in New South Wales and each party:

(a)     irrevocably and unconditionally submits to the non-exclusive jurisdiction of the courts of New South Wales and all courts which have jurisdiction to hear appeals from them; and

(b)     waives any right to object to proceedings being brought in those courts for any reason.

10.9       Where a word or phrase is given a defined meaning, another part of speech or other grammatical form of that word or phrase has a corresponding meaning.

10.10        Unless the context otherwise requires a word which denotes a person includes an individual, a body corporate and a government and includes the trustee, executor, administrator, successor in title and assign of that person (although this clause must not be construed as permitting a party to assign any right under the Agreement).

10.11 Headings must be ignored in the interpretation of the Agreement.

Agreed Rate means an interest rate of 12 % per year;

Agreement means the agreement between the Organisation and CAL incorporating these terms;

Book means an edition of a Work of not less than 10 pages other than a Journal or Newspaper;

(a)   to make a work available in digital or other machine-readable form to a Nominated User or a client of a Nominated User, by email or on the Organisation’s Intranet for the sole purpose of use in a ceremony to be conducted by a Nominated User; and

(b)   to make a Work available in a PowerPoint or other visual presentation  directly to an audience physically present in the same place and in the course of a ceremony conducted by a Nominated User;

and Communication has a similar meaning;

CPI means the All Groups Consumer Price Index Number for the eight capital cities published by the Australian Bureau of Statistics, or any price index substituted for it by the Bureau or any other Australian government body;

(b)   for Faxing and Communication, Australian Newspapers;

Journal means a periodical publication other than a Newspaper;

Intranet means the password-protected system of electronic communication established by the Organisation for use of the Members and accessible by those Members only;

Licence Fees means the amount set out on page 1 of the Agreement as varied under clause 3.3;

Licensed Copyright Material means each work other than an Excluded Work for which members of CAL have authorised CAL to license Copying,  Transmission and Communication and for the avoidance of doubt may include works of poetry or prose by Australian authors and by foreign authors whose national collecting society is a CAL member;

(a)     a Work published at regular intervals in a

paper edition as a newspaper or similar

(b)     which is available for purchase without

prior subscription, but does not include a Journal;

Members means members of the Organisation who have paid their respective component of the Licence Fee and elected to be covered by this Agreement;

Transmit and Transmission mean to transmit a Work to produce one hard copy facsimile only and does not include email or any other Communication of a work.

More in this category: « For TCN Members with CAL licence purchased elsewhere Copyright and music »