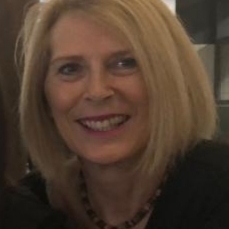 Celebrant background: Yolanda is a celebrant from Mandurah WA
I am originally from the North East of England having lived the first half of my life in the cold I decided enough, bring me sunshine! I love Australia and now call it HOME.
Why I'm a celebrant: I became a celebrant quite by accident to be honest.
An elderly friend of mine passed away and I was asked to officiate at her service. It was an absolute honour. Within a few months another elderly friend passed and his family also asked me to help write his life story and officiate at his service. Such a blessing to be part of this family's grief and hold space for them, we also found the reason for the legacy of love that had been left behind by my friend, it was beautiful.
It was a roller-coaster from then on, as I was asked to do a friends Baby Naming for her daughter's daughter then two of my girlfriends decided to get married and asked if I would conduct their service. So of course I did after I qualified. That was magnificent and every ceremony has brought different emotions and gratitude, so that is why I love doing this job, why would you not!
and I'd like to say: Thank you to whoever choses me to officiate their special ceremony because that is exactly what it will be, a day to remember forever with love, respect and joyfulness
Areas serviced: Mandurah and Peel Region
Celebrant Town/ Suburb: Mandurah
State: Western Australia
Phone: 0478579067
Email: yolandabaty2@gmail.com
Located in: MANDURAH and PEEL Region | PERTH CITY SOUTH of the River