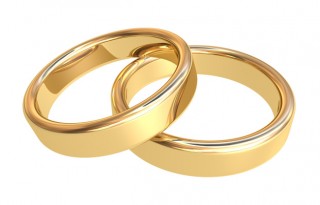 Have you ever wondered about what wedding anniversary symbols are all about?
No one knows precisely when wedding anniversaries were first celebrated, but the tradition is believed to go back at least to the Middle Ages.  At that time in the Germanic regions of Europe, a husband crowned his wife with a silver wreath on the 25th anniversary of their wedding day.  If the couple was fortunate to live long enough, the husband presented his wife with a gold wreath on their 50th wedding anniversary.
Over the years more symbols have been added and it is generally believed that increasingly durable gifts were chosen for successive years to represent the progressive strengthening of the marriage relationship.  As the years go by, the gifts increase in strength and worth from paper to diamond.
1st Anniversary
Paper