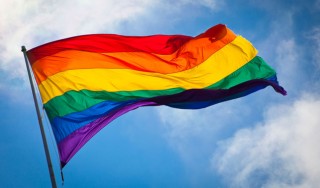 Today people across Australia have clearly shown their support for marriage equality and celebrant members of The Celebrants Network Inc welcome the fact that we are one step closer to enabling all loving couples to marry if that’s their choice.

TCN was founded in 2008 on human rights principles.  It follows that we support the rights of all couples to marry, a right that is enjoyed already in more than 20 countries around the world.

Parliamentarians now have the responsibility to review and debate the Bills and Amendments that will come before them in the coming weeks.   TCN will be watching the parliamentary deliberations with great interest.  We look forward to debate that is respectful and thoughtful resulting in changes to the Marriage Act 1961 and marriage equality for all.

Agreed Ros! This is the first step to full equality!

The best news this Decade. So happy that soon, I along with all of my TCN Colleagues will no longer have to discriminate against same sex couples.

0 Cancel Reply
The best news this Decade. So happy that soon, I along with all of my TCN Colleagues will no longer have to discriminate against same sex couples.
Cancel Update Comment